Today the Smart City is a consolidated concept, but with the exclusion of some individual examples, the implementation are still limited only to the control and automation, and the general vision has yet to become aware of what is really achievable with today's technologies. Every day vertical systems are installed all around the world in the logic of greater efficiency and optimization, but we still do not talk about "INTEROPERABILITY", the key term to allow a generational leap to the "Smart City" system and related services that can be hosted. 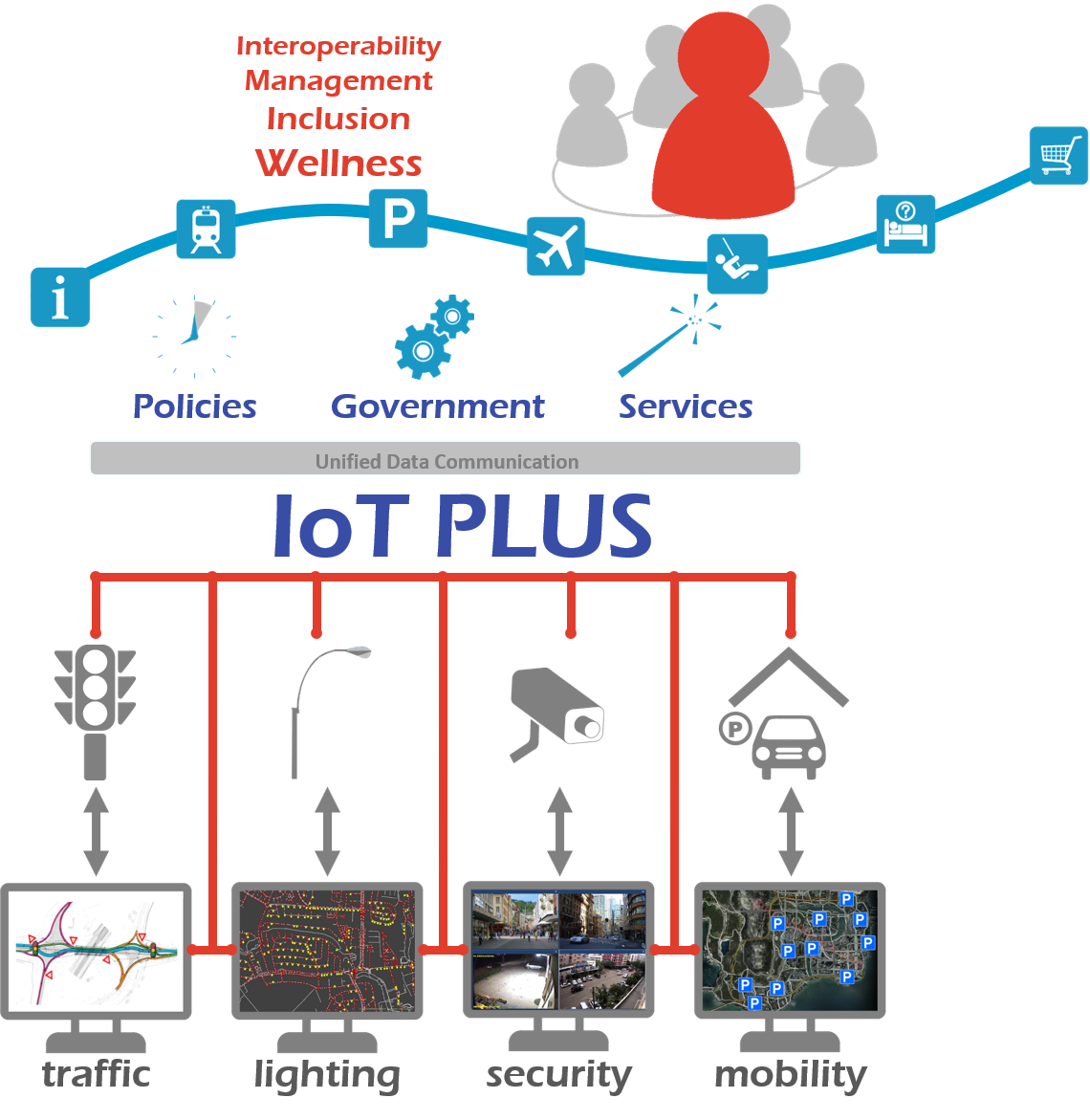 A more ambitious, but more "social" vision
We must start from the network infrastructure, that is the nervous system that connect everything and from a digital PLATFORM able to collect the information generated in the field by any system with any protocol, to transport this information in a safe and secure way and make it available in a standardized way to the applications that will use them to provide services to citizens.
We must imagine to move from the concept of Smart City based on the technological and rationalist integration of intelligence to the idea of SMILE CITY [From the "intelligent" city capable of technological self-government with the objective "efficiency" to the city on a human scale with the objective "Services accessible at zero marginal cost". Reference to Jeremy Rifkin's text "Zero marginal cost society"].

Build a SMILE CITY means to use the potential of the IOT to implement new projects into the Smart City that implement new services to the community in a SMILE CITY taste, achieving significant qualitative and economic operational benefits.

So Smile City means designing applications and services on integrated and interoperating IOT platforms that not only involve "things", but also and mainly all people and their needs (internet of beings).

The way to design Smile City with the use of the new IOT platforms allows more sharing, more inclusion, more sustainability, more social solidarity. What needs to be achieved is a new approach to Smart City where devices and data generated can be made available in a regulated way to all subjects in order to create infinite services provided through the direct interaction of people with the nervous system of the city. It borns, thanks to the IoT, a "Urban OS / OSS" able to manage the entire city as a single device.

In real terms, thinking only of being able to "ask":
... to a Smart Parking how many free places are available in real time, would make the information available to producers of navigators and car sharing APP that could optimize the management of the cars;
... at a traffic light what is its current state, it would allow to interact with the APP in support of the blinds people;
... at a traffic light to change, according to the logic of the traffic light system, its state from red to green, would allow the development of simple and economic systems for the management of green lines for rescue vehicles;

The city thus becomes a technological system managed by an OS that, in an organic way, uses the HW to allow the development of SW that provide services.